Huawei has already confirmed the launch of its upcoming flagship phone in a teaser poster, which was showing off the dual rear cameras. But a recent spotting of the Huawei Honor V8 on Tenaa, reveals all the other specifications of the phone.

According to the Chinese telecom regulator site, the Huawei Honor V8 will come in three variants, which are currently named as KNT-AL20, KNT-AL10 and KNT-TL10. While the higher variant of the smartphone will be powered by Octa-Core Kirin 955 processor with Mali T880-MP4 GPU and 64 GB internal storage, the rest two variants will have Octa-Core Kirin 950 processor with 32GB/64GB storage. All the other specs, like 5.7-inch Quad HD (2560 × 1440 pixels) 2.5D curved glass display, 4 GB RAM and Android 6.0 Marshmallow remain the same in all three of them. 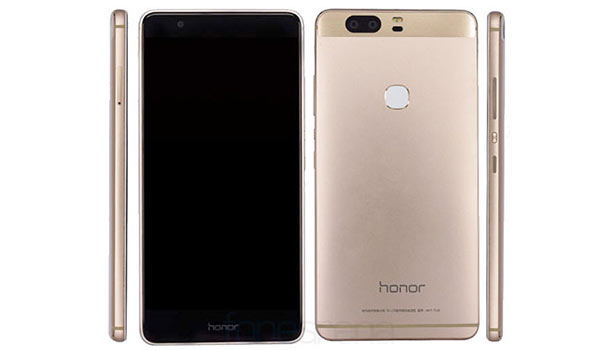 As per the listing, the smartphone may feature 12 megapixel dual rear cameras with dual-tone LED flash, and Laser AF. It may also sport 8 megapixel front-facing camera, a fingerprint sensor and an Infrared sensor. The Huawei V8 will be backed by a 3,400mAh battery with fast charging and may have 4G LTE, USB Type-C port along with the other basic connectivity options.

Well most of the times, Tenaa certified specs turns out to be true. So now let’s see how many of these specs will be packed with the Huawei Honor V8 on May 10 in China, where the phone is expected to launch.