Huawei is all set to launch its upcoming smartphone, Huawei Honor V8, tomorrow. But as usual, the smartphone got leaked in live images ahead of its launch.

As per the leak posted by news.mydrivers.com, the Huawei Honor V8 can be seen with dual rear cameras, which are inline with our previous rumors. A fingerprint sensor and Laser Autofocus can also be seen in the images. As for the specifications, there are no fresh details about the smartphone, but according to the previous leaks, it could sport a 5.7-inch Quad HD display, Octa-core Kirin 955/950 processors (depending on the variants), 4GB RAM, 32GB / 64GB storage, and is expected to run on Android 6.0 Marshmallow with EMUI. 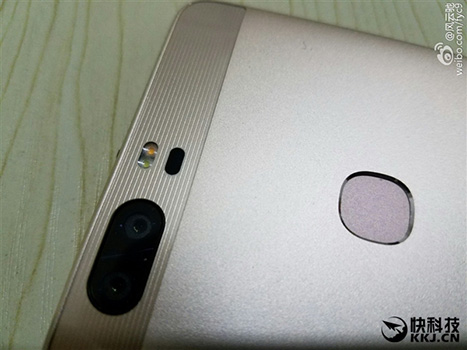