It is known that Huawei is planning to unveil its flagship smartphone, Huawei P9 this year. Although, we have already seen its leaked images earlier, the new alleged image of Huawei P9 was leaked by Venturebeat, revealing its design and dual rear camera setup.

The serial tipster, Evan Blass has provided Venturebeat a new image of Huawei P9 that reveals its metal unibody design with curved edges. The image shows the rear panel of smartphone with dual camera setup along with dual LED flash and laser autofocus. The fingerprint scanner mounted at the rear panel can also be seen. At the bottom, a 3.5 mm headphone jack, USB Type-c port and loudspeaker can also be noticed. 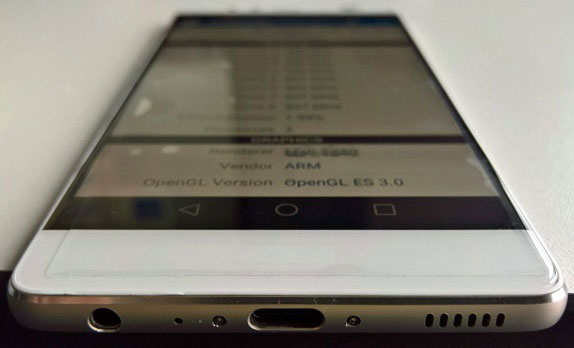 The Huawei P9 is expected to make its official debut in Q2 2016. Earlier tips by @evleaks have suggested that the P9 will be available in various variants; P9 lite, a P9 phablet, standard P9, and P9 premium mode. It may be available in gold, white, pink and grey color variants.