OnePlus has launched their most awaited flagship of the year – the OnePlus 2, early morning on Tuesday (IST) in the world’s first virtual reality launch event. OnePlus 2 which is also touted as “the 2016 flagship killer” comes with an unbelievable specification that won’t be available on any other devices until Android M and that too at a great price.

On the launch of OnePlus 2, Vikas Agarwal, General Manager – India, OnePlus, said, “The future battleground for all things innovation and technology has begun and OnePlus with its latest offering is all set to lead the next generation of smartphones. India is an important market for us and our fans are sure to get their hands on OnePlus 2 simultaneously with the rest of the world.” 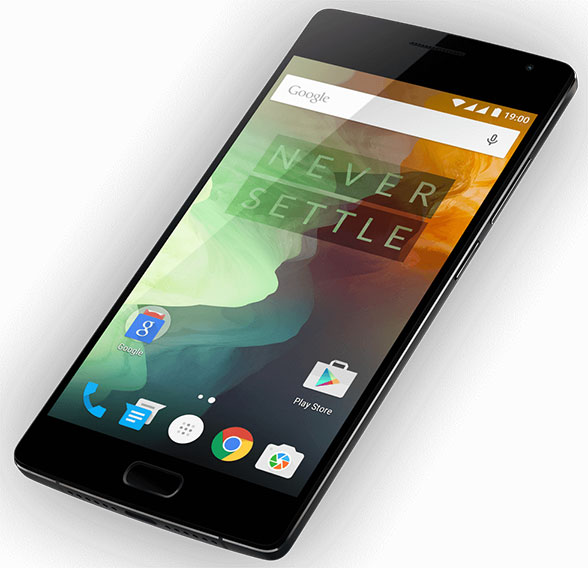 The OnePlus 2 sports a 5.5 inch of IPS LCD In-Cell display with full HD (1920×1080 pixel) resolution at the pixel density of 441 ppi. The killer flagship is powered by Qualcomm Snapdragon 810 v2.1 SoC with 64 bit architecture clocked at 1.8GHz along with Adreno 330 GPU coupled with 4 GB of LPDDR4 RAM which makes the heavy processor work swiftly. It has 64 GB of internal memory storage. The smartphone runs on company’s own Android Lollipop 5.1 based Oxygen OS, rather than using last year’s Cyanogenmod. The Oxygen OS, comes with all sorts of customisations, you can change the themes, icon packs, transition effects, grid size and much more.

The smartphone gets its juice from the massive 3300 mAh battery which is 10% larger than OnePlus one. It also sports a reversible, Type-C USB port which can be connected on either side of connector and also allows your smartphone to charge faster.

It also features a finger print scanner which can store up to 5 finger prints and company claims it to be faster than the iPhone TouchID. One quick tap will take users right to their home screen. There’s also a three-position switch on the side of the phone that lets you cycle through the three default notification settings in Android Lollipop (all, priority, and none).

The OnePlus 2 sports a 13 megapixels of rear camera with a 1.3-micron sensor, laser autofocus (under 0.3 seconds), dual-LED flash, f/2.0 aperture, Optical Image Stabilization system and six lenses to avoid distortion and color aberration. While on the front it has 5 megapixel wide-angle selfie snapper.

The Dual SIM smartphone supports 4G connectivity on both the SIMs. Apart from that, it also supports 3G, Wi-Fi, Bluetooth, and A-GPS. It features a magnesium alloy frame with options of four swappable back covers called StyleSwap Covers namely, Bamboo, Black Apricot, Rosewood, and Kevlar. The metallic body of the phone is on the premium side. It measures 152 x 75 x 9.85 mm and weighs 175 g.

Now, the most important of all, the 64GB OnePlus 2 is priced at just Rs 24,999, which looks far less if you look at the above features. It has taken the entire segment by storm, there is no doubt its a flagship killer, after-all you are getting pretty much everything that the phones of more than its double-price provide. It has put the competition in shame!

In India, the phone will be available exclusively on Amazon from August 11 through an invite-only system. You can find all the details about the invite system and can register for an invite here. The company also said to launch the 16GB variant with 3GB of LPDDR4 RAM at Rs 22,999 later this year. Never Settle!