The wait for the most anticipated smartphone OnePlus 5, now seems to be over as the company has confirmed its launch date. OnePlus through a tweet yesterday announced that the smartphone will be launched globally on 20th June, however, the company has scheduled a separate launch event in India on 22nd June. OnePlus is also giving away 5 smartphones to those who are setting up sms alerts to watch the live event on 20th June.

Are you prepared for the OnePlus 5? Focus on what matters and join our keynote live on June 20. https://t.co/uuWc1m3pz1 pic.twitter.com/KfbVfMyh00

Apart from the launch date, there is also the first ever press render of OnePlus 5 that has surfaced online. The render has been posted by Android Police which gives a glimpse on the actual design of smartphone, contradicting some of the previous speculations regarding the design. As per the press shot the smartphone can been seen in black color, holding a horizontally aligned dual rear camera setup along with LED flash. On the front, we can see the smartphone sporting a 2.5D curved glass and a front camera sensor on the top. 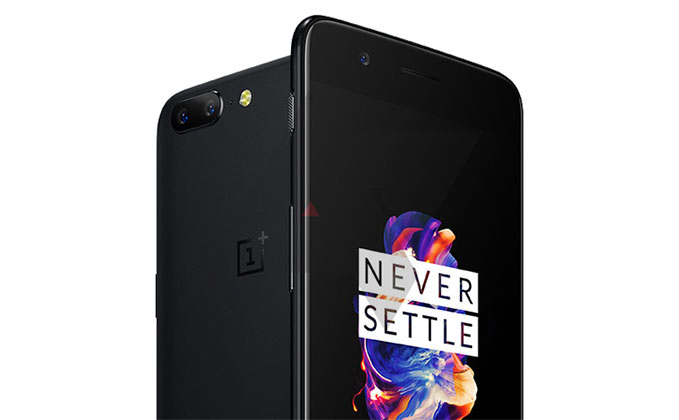 OnePlus has already confirmed that the smartphone will be powered by a Qualcomm Snapdragon 835 SoC and has teamed up with DxO to provide the best smartphone camera ever. Talking about the rumours, there are reports which claim that OnePlus 5 will be able to shoot in Monochrome.