The year has not even ended properly and Oppo has launched yet another smartphone and this time it is called the Oppo A83. The latest mid-range phone which has been equipped with facial recognition unlock, and a tall 18:9 display was launched in China today with a price tag of CN￥1,399 (₹ 13,960 approx.) The phone which is equipped with an 8 MP secondary camera and 13 MP primary camera on the rear, features a 5.7-inch HD+ (1440 x 720) LCD full-screen with 2.5D curved glass protection and comes with 4 GB RAM and 32 GB internal storage. 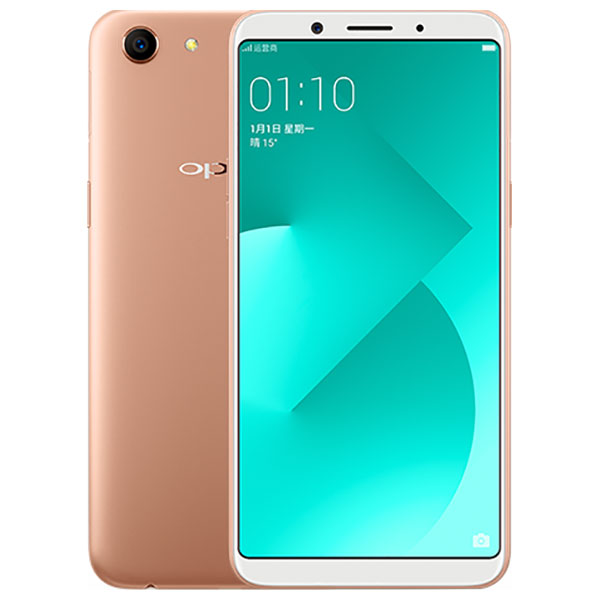 Talking about other features of the phone, the dual sim phone runs on Android 7.1 Nougat with ColorOS 3.2 and is powered by a 2.5 GHz octa-core processor. For connectivity, the Oppo A83 relies upon 4G VoLTE, Wi-Fi 802.11 a/b/g/n, Bluetooth 4.2, and tracks location with GLONASS. The Oppo A83 also features a 3.5 mm jack for audio output and also supports FM radio. The power requirement of the device is fulfilled by a 3180 mAh battery and is available to consumers in Champagne Gold and Black colors. As for the dimensions of the phone are concerned, the phone measures around 150.5 × 73.1 × 7.7mm and weighs around 143 gms.

If the claims of the manufacturers are to be believed, the Oppo A83 uses a new facial recognition technology which is capable of recognizing 128 facial feature points and unlocking the phone within 0.18 seconds. According to an Oppo China listing, users might be eligible for a free QY7 Bluetooth headset with purchase of the Oppo A83. The phone has been launched in China as of now and is soon expected to be launched in other markets as well. But as per the announcements made, the phone will go on sale from 29th of December.