The leaked images posted by AndroidPure show that the Smartphone will hold a dual front camera as it was rumoured earlier. Apart from this the report also suggests that the Oppo F3 might be priced around Rs. 21,990 in India. The only information left to be revealed is the  launch price and the launch offers, otherwise everything else is know. 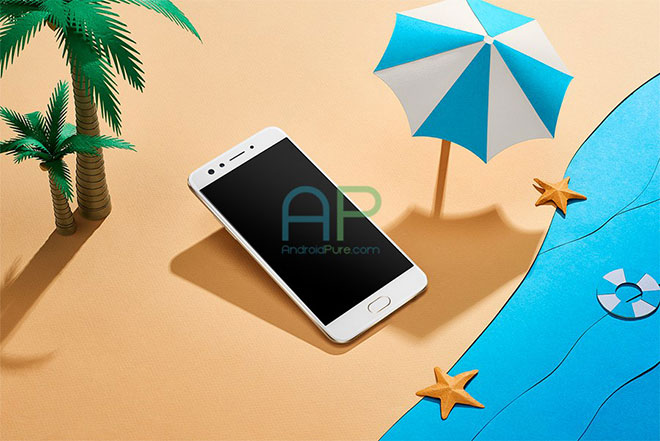 Oppo F3 few days earlier was spotted on benchmarking portals which gave detailed information about the specifications of the smartphone. As per the leaks Oppo F3 sports a 5.5 inch Full HD (1920 x 1080 pixel) display and is powered by a 1.5 GHz Octa core MediaTek MT6750T processor along with Mali T860 GPU.  The smartphone will come with 4 GB RAM and 64 GB inbuilt memory which will most probably be expandable via microSD card. The device appears to be running on Android 6.0 Marshmallow.

Coming towards the cameras, Oppo F3 will bear a 13 MP rear camera with flash and features like auto-focus, touch focus, face detection and HDR. The previous leaks showed a 16 MP front camera, but did not mention a dual camera set up. However now the as seen in the press renders it is clear that the smartphone will bear a dual front camera set up with 16 MP primary and 8 MP secondary sensor similar to its bigger version Oppo F3 Plus.

The connectivity options of the smartphone include 4G VoLTE, WiFi , Bluetooth and GPS. As per the leaks, Oppo F3 will pack a 3,200 mAh battery without a quick charging support. There is a fingerprint sensor embedded in the physical home button along with other on board sensors which include Accelerometer, Altimeter, Proximity sensor, Compass and a light sensor.