Well, how about that? After weeks of keeping the consumer market abuzz with leaks of the much-awaited Samsung Galaxy A8 (2018) and Galaxy A8+ (2018) smartphones, setting aside all the hype, the company has launched the phones today. The speculations, that had been doing the rounds, had slated the launch for CES 2018. But proving all of them a hoax, Samsung has preemptively launched the smartphones in Europe without an official price tag. But then again, the experts have approximated the costs to be around €499 (Rs. 37,700) for Galaxy A8 and €599 (Rs. 45,000) for the Galaxy A8+. Though the phones have been officially unveiled in Europe today, there is no surety about when the phones will be launched in other markets. But, looking at the current scenario of things, consumers might not have to wait much longer.

The leaks had led to a lot of discussion about what could be the possible specifications and features of the phones and almost all of them, were pretty close to the original product presented. So let’s take a look at the official specifications of the smartphones. Both the smartphones feature Infinity display, that is Full HD+ (2220×1080 pixels) Super AMOLED with 18.5:9 aspect ratio, with A8 sporting a 5.6-inch screen and A8+ stretching to 6-inches. These new unveilings see the Infinity display technology coming to the mid-range phones for the first time. Both the phones carry Samsung’s first of its kind dual front cameras in a 16 MP + 8 MP setup with an aperture size of f/1.9 and support for Live Focus, which allows users to adjust the bokeh blur effects in the background after the picture has been shot. The camera on the rear has 16 MP sensor with f/1.7 aperture. 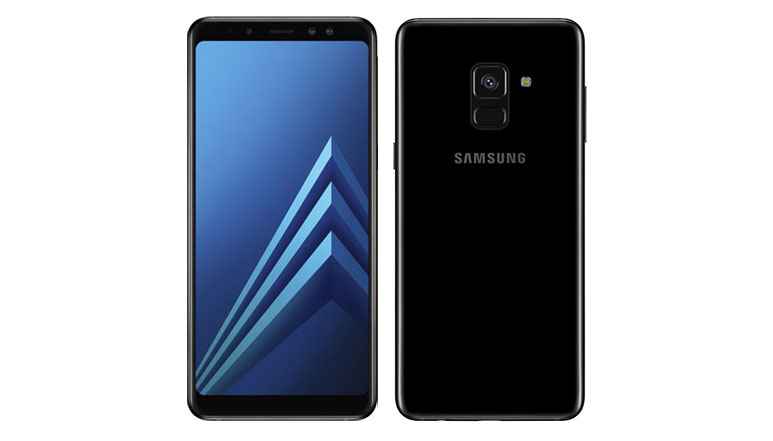 Both the phones have been fitted with 2.2 GHz Octa-Core processor with no confirmation about, whether it is an Exynos or Snapdragon processor.  So moving on, the Galaxy A8 comes with a memory configuration of 4 GB/32 GB, while the Galaxy A8+ will be available in two variants i.e. 4 GB/32 GB and 6 GB/64 GB and will be expandable up to 256 GB via microSD. The power section includes a 3,000 mAh battery for the Galaxy A8 and a 3,500 mAh battery for the Galaxy A8+, which can be fast charged using a Type-C charger. The Samsung Galaxy A8 and A8+ have ingress protection rating of 68 (IP68), making the phone dust and waterproof. On the other hand, the most disappointing revelation was made in regards to OS of the smartphones, which to the dismay of the consumers will feature Android 7.1.1 Nougat out of the box. The phones will have a metal frame with glass cover and will be available in Black, Blue, Gold, and Orchid Grey color options.

To etch that out on paper, as of now, these are the specifications of the phones which will go on sale in early January next year. The Samsung Galaxy A8 and A8+, 2018 versions have been touted as the company’s best mid-range offerings yet and keeping in sync with the rising demands of VR/AR, will provide support for Gear VR Headset. The early launch of the smartphones has, on one hand, surprised the consumers, it has also paved a path for the arrival of new speculations, as to what will be the company’s offering in the CES 2018, but we guess we will have to wait and see.