Sony India has just officially launched the new Xperia M5, after teasing it for few days on social networks. Sony had launched the Xperia M5 and Xperia C5 Ultra globally last month, out of which it has already launched the C5 Ultra a while back at Rs 29,900, and today they have announced the “High on detail-Low on pocket” Xperia M5 smartphone at Rs 37,990.

The Sony Xperia M5 flaunts a 5 inch Full HD (1920×1080 pixels) display with a pixel density of 441ppi. It is powered by 2 GHz 64-bit MediaTek Helio X10 octa-core SoC, paired with PowerVR G6200 GPU and 3GB of RAM. It comes with a 16GB internal storage which can be expanded via microSD card up to 200GB. On the software front, it runs on company’s custom UI based upon Android 5.0 Lollipop. 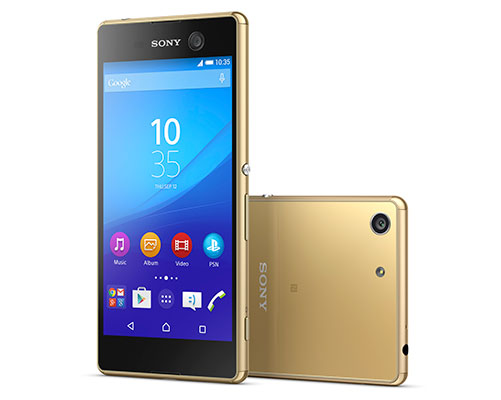 The Xperia M5 sports a 21.5 megapixel Exmor RS rear sensor with f/2.2 aperture. It is capable of 5x image zoom and 4K video recording. For selfie lovers, it has 13 megapixel autofocus front camera with Sony’s Exmor RS sensor. The smartphone is packed with a 2600mAh battery.

Sony Xperia M5 comes in Black and Gold color variants and will be available exclusively on Amazon India.

No doubt it is power packed smartphone with some great specs. But it still seems a bit over-priced. What do you guys think?