Xiaomi has announced that it has sold over 34.7 million phones in the first half of 2015, a number that is 33% more than last year. 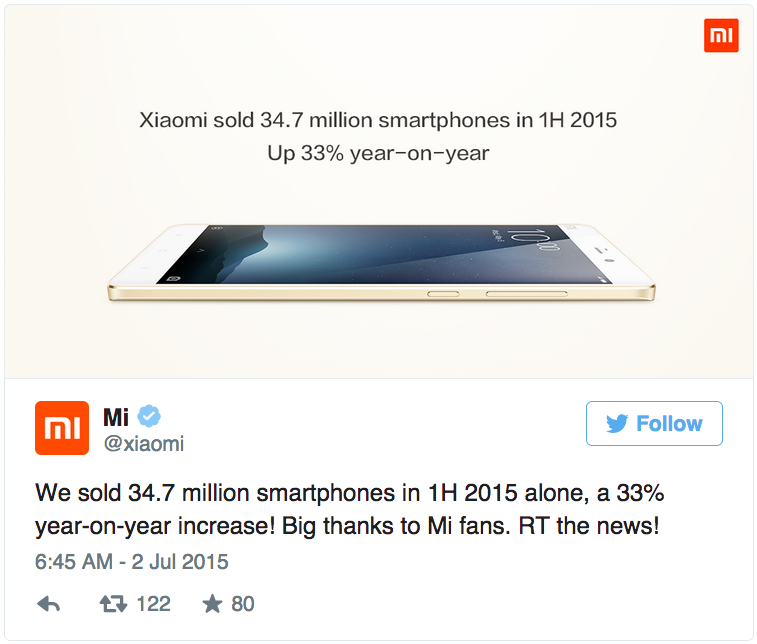 Despite a tough competition from local rivals like Huawei and Lenovo, Xiaomi Chairman Lei Jun said “Even with the China smartphone market slowing down, we did a stellar job of posting a 33% growth on last year’s numbers” stating figures were excellent against the industry conditions.

Although Xiaomi target is to achieve 100 million phones in 2015, it seems pretty attainable as some promising flagships are lined up and also not to forget its passage to new markets such as Brazil.