We told you in the afternoon that the YU Yunique with all its details was spotted on Snapdeal and as expected, Yu Televentures has just officially launched its “Future meets past” smartphone. The company says, Yu Yunique is a smartphone from future that supports 4G, but is priced from the past as it will cost you only Rs 4,999.

The new Yu Yunique is a well designed phone which takes it design inspirations from the Yu Yuphoria. On the back it houses the similar SaturnRings (as the company calls it!) which include the camera and the LED flash like the Yuphoria. The placement of volume rockers and the power button is also similar to the Yuphoria. 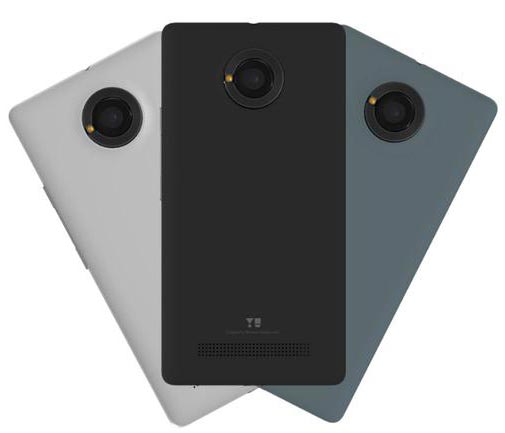 Yu Yunique features a 4.7 inch HD (1280×720 pixels) IPS display with pixel density at 312 ppi and Corning Gorilla Glass 3 protection. The phone’s screen comes with Full Lamination Technology, which makes images sharp even in the sun. Under the hood, it has 64-bit Qualcomm Snapdragon 410 MSM8916 quad-core CPU clocked at 1.2GHz coupled with Adreno 306 GPU and 1 GB RAM. It comes with an 8 GB of inbuilt memory, expandable up to 32GB via microSD card.

The Yunique sports 8 megapixel rear camera with LED Flash aperture of f/2.0 while 2 megapixel front camera with 83-degree wide-angle lens and f/2.4 aperture. It is backed by 2000mAh non removable Li-Po battery that can give up to 7 hours of talktime and up to 271 hours of standby support.

The phone runs on Cyanogen OS 12.1 based on Android 5.1.1, the company also says that it will give users a choice between Stock Android and Cyanogen OS.