ZTE has announced a new smartphone in China, dubbed as ZTE nubia N1. The all-metal unibody design smartphone is priced at 1699 yuan (approx. Rs. 17,200) and will be available via offline retailers soon. 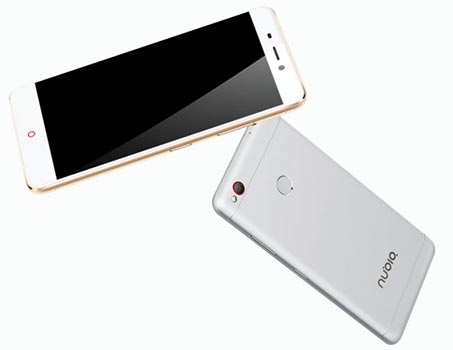 The nubia N1 sports a 13-megapixel rear camera with LED Flash, PDAF, f/2.2 aperture, 5P lens and another 13-megapixel camera on the front. It houses a fingerprint sensor that can unlock the phone in 0.2 seconds and is backed by a massive 5000mAh battery. Connectivity options on the smartphone include 4G LTE with VoLTE, Wi-Fi 802.11 ac, Bluetooth 4.1, GPS + GLONASS, and USB Type-C.

The ZTE nubia N1 comes in Gold and Silver color variants. However, there is no word on its Indian availability or pricing yet. Last week, the company also launched the nubia Z11 smartphone in China.